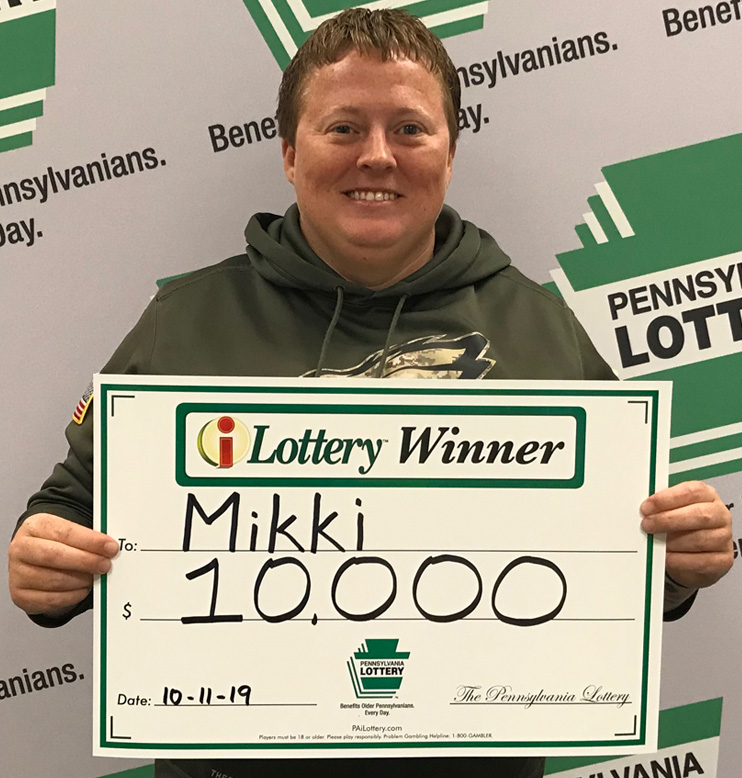 Mikki of Northumberland County, a former Army Combat Medic and volunteer firefighter, said she has overcome many things in her life, including brain surgery from a rare condition in 2015. She said that her three dogs and playing PA iLottery online takes her mind off the tough times.

Mikki said her co-workers ran over and saw she was, in fact, a big winner.

“They’re all standing around looking at the screen saying, ‘No that’s 10,000!’ It was quite intense, quite exciting,” said Mikki. “I got laid off from a job back in April and started a new job, so things were a little tight for a while and in the midst of that I had to put a new roof on my house. So needless to say, my roof is paid for. That’s a huge help.”