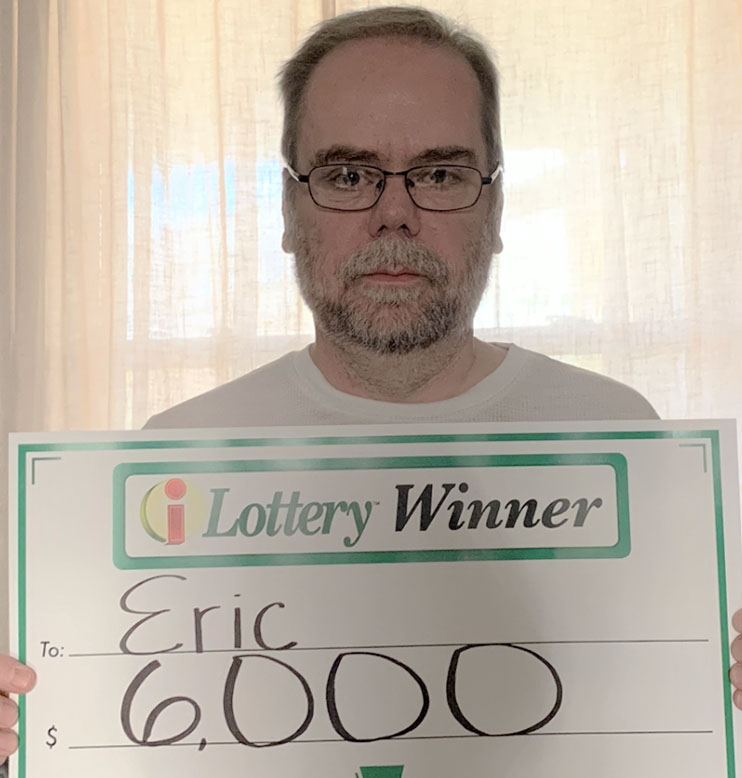 “I figured I’d try this (Crossword Cash),” said Eric. “I was hitting little hits here and there, and then it was up to about $30. Then, I saw a puzzle that I had not seen before. I heard it ding a bunch of times and saw it read, ‘Congratulations you won $6,000!’”

Eric said he was in disbelief.

“I thought it malfunctioned. I didn’t really believe it until I contacted customer service,” said Eric, who told his girlfriend first of his big win.

“She was excited for me!” he said. “I spent the majority of the prize money catching up on some bills.”

Eric said his other favorite PA Lottery game to play online is Volcano.

“Thanks for offering these online!” added Eric.

Players Must Be 18 Years or Older.
Players must be located within Pennsylvania for online play.
Please Play Responsibly.

Every effort is made to ensure the accuracy of the winning numbers, prize payouts and other information posted on the Pennsylvania Lottery's websites. The official winning numbers are those selected in the respective drawings and recorded under the observation of an independent accounting firm. In the event of a discrepancy, the official drawing results shall prevail.

If you or someone you know has a gambling problem and wants help,
Call
1-800 GAMBLER.